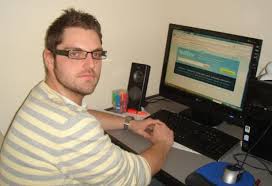 Earlier yesterday, Conservative councillor Gareth Compton made a rather unfortunate and bad taste joke about the journalist Yasmin Alibhai-Brown. All of us recognised it as an unfortunate and bad taste joke. In fact, superficially, it's rather similar to a joke cracked by Paul Chambers. This is eerily prescient, since Mr Chambers is due to stand in court today for all the problems that his Twitter joke has caused. I've been following the Paul Chambers trial carefully and really think the man shouldn't be being put through this. But I was accused of hypocrisy about this, seeing as I'd given Gareth Compton a bit of a grilling on Twitter for his earlier tweet on Ms Alibhai-Brown, while giving Chambers my support.

Let's get this straight. Whether I'm a liberal, a lefty or occasionally display right-wing opinions on things like welfare dependency, I'm foremost a rationalist, as well as a believer in free speech. If I'd been around when he'd originally wrote it, then Paul Chambers would've got the same querying from me as Mr Compton did with his ill-advised joke ("Um, are you sure you want to tweet that, in these sensitive times?"). However, there are a few clear differences between these cases.

The first difference is that Gareth Compton isn't on trial and hasn't lost two jobs, while Paul has suffered both of those fates. The over-reaction and subsequent mishandling by the CPS is better described by Paul Chambers' lawyer, David Allen Green, in his blog. In future, I certainly don't expect Gareth Compton to be hauled into court for daring to blurt out something on an online social networking tool, as stupid as it was. I'm happy for other people to seriously complain about him though. The reason?

Well, the other difference is that Gareth Compton is a councillor in Birmingham City Council, while Paul Chambers was a lovesick student (and can be validated as such by his Twitter followers). Paul's hyperbole can be compared to a heartaching declaration, while Mr Compton statements in public life can wield considerable power, as he supposedly represents many people in his city, including Muslims. If he'd tweeted, "I hope someone gaffer-tapes Yasmin's mouth shut on Radio 5 live and locks her away, don't call Amnesty", I wouldn't have pulled him up for it (even though the joke and sentiment is still poor). However, his singling out of a Muslim name said on radio and his quick connection with a contentious practice of torture utilised by extremist Muslim regimes calls his judgement into question. Such an association has a murky undercurrent. It has a direct impact on any Birmingham citizen who is seeking his judgement on the treatment of minority groups in his council.

If you still think I'm a liberal in sheeps' clothing, let me bring the rationalist and free speech arguments to bear on something else. There was another councillor called John Dixon, who made a similar joke tweet that offended a minority in his neighbourhood, namely the Church of Scientology. As anyone who knows me, I hold Scientologists with a degree of dislike in the same league as out-of-date lasagne; such a pity and such a waste of creativity. However, in the same case, I support the right of Dixon to crack a stupid joke, but hold him to the same caveat that someone somewhere might find that offensive, particularly considering his position as a city councillor. I support the right of Scientologists to make a complaint about Dixon, as ludicrous as I find Scientology's beliefs, and the Church duly did. As it stood, John Dixon went through the normal channels of having his superiors question him in disciplinary procedures which he happily won. But my initial worry about the case was the anxiety about Scientology's varied use of archaic libel laws to either financially bankrupt someone or silence them with their wealth powerhouse. In all cases, free speech and silly jokes should be allowed and not be bludgeoned by the vast fortunes of vested interests.

UPDATE: As of 14.36 today, it turns out that Gareth Compton has been arrested for his (now deleted) tweet. I am not remotely happy about this. Again, this is an over-reaction as to exactly what Twitter is used for. The guy made a (pretty unfunny) joke. He didn't mean it as a threat. Any complaints to the council should lead to an internal investigation about his views of minorities, not a money-wasting exercise in police procedure.

UPDATE: As of 16.04 today, Paul Chambers has had his appeal rejected. In other words, he's been charged with a terrorist threat for the real-world equivalent of a fit of hyperbole in the pub with his mates. A shocking indictment of how illiberal British society has become.