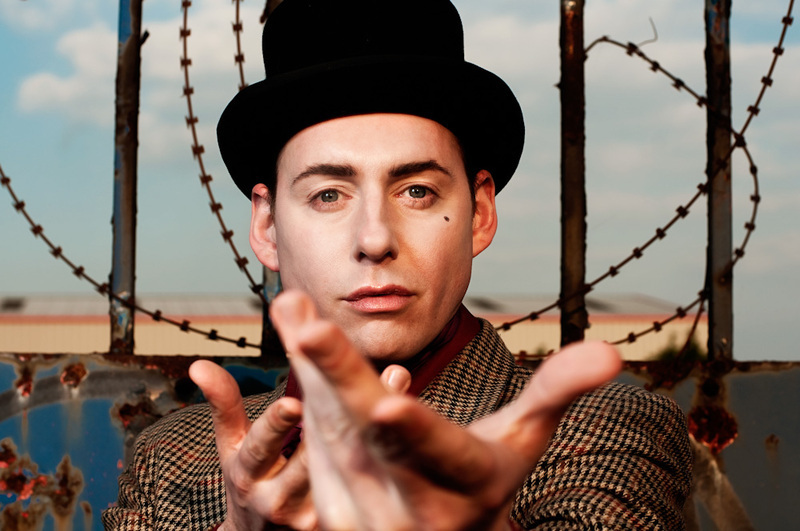 This is a guest post by Dan Bryan, songwriter and vocalist for Icehouse Project, critically appraising the casting of stereotypes in reality television. An edited version of this was originally printed in Gay Times, September issue of 2009. By his kind (and timely) permission, the article is now published here. Photo by Icehouse Project collaborator Paul Dakeyne.

One of the main problems with reality television stereotypes is the producers.

In a notoriously young profession you have producers and assistant producers in their early twenties. This is not a bad thing in itself but we are now entering a generation where new, young producers have been brought up and spoon-fed on a vapid celebrity culture. They themselves cannot wait to get a tabloid rag and thumb the pages for the gossip in breaks during filming. This means that the type of people they are picking for their shows tend to be the two dimensional cartoon cut-out characters that we see. When they pick a gay for their show they are picking them for being larger than life, with more front than Brighton and enough mince to feed the Russian navy for a year, for being just gay in fact.

Because the producers think that is what the public think of when they see a gay. So by pandering to what they THINK the public wants and by giving them what they THINK they want to see it all ends up being stereotypes and pigeon-holed characters. What they have forgotten over the years of saturating us with images of cartoon ‘people’ is that as humans we actually pick up on the subtleties of someone’s character and TV is the perfect medium for platforming these traits in anyone. We are far more likely to find a gorgeous, stubbly, bit-rough-round-the-edges mechanic (who happens to be gay) interesting if he has a sense of humour and a caring, warm personality and crucially; vulnerability. The shows doing well at the moment are the ones where people are chosen to learn a skill or for their strengths and weaknesses rather than what they act like or which pigeon-hole they fit.

As an openly gay male I find it insulting and annoying when we are constantly represented by the mincing, effeminate, bitchy, two-faced phoney twirlies that reality TV keeps parading before us. As if they are doing us proud. Patronising us with the old “here we have a gay so the gays feel represented” when in actual fact it’s not about sexuality at all. I’m not the butchest guy ever and I do possess one of the sharpest tongues seen on television, but on the whole I’m just a regular guy. I was chosen to enter the "Big Brother" house for my strength of character and abilities to deal with any given situation with the kind of leadership skills that you would expect from a 30-year-old alpha male. I was picked for my intelligence and acerbic wit and my abilities to make people feel safe in unpleasant situations and NOT because I have a high pitched squeal and clap my hands at every given opportunity; not for my tan and manicure; nor for my high-lighted hair; and I know this because I have none of those things.

Our producers realised in me that sexuality makes up less than 2% of a persons personality and it is because of this ignorance, and willingness to exploit the obvious that other reality producers are destroying their own work. People simply switch off when they are presented with characters who are not only really blatant and have the depth of a puddle, but continue to show themselves to be just as shallow. And why? Because it’s insulting to think we are that much of a push over.

Next blog post will be my own contribution on the wrapping up of Channel 4's "Big Brother" televison series.