Apparently, I most look like a cross between Art Garfunkel and Nick Lachey. 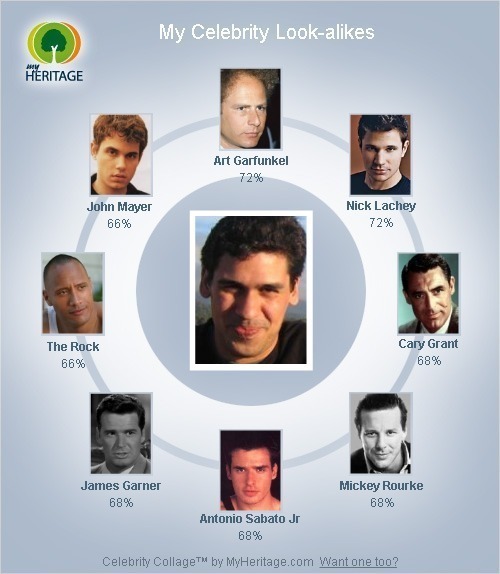 After not being especially pleased about this, I decided to try the same trick with two mates of mine - Kenny Watt and Barry Stewart. 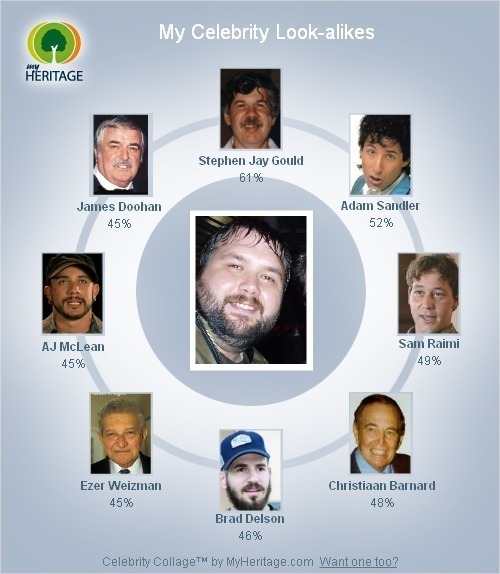 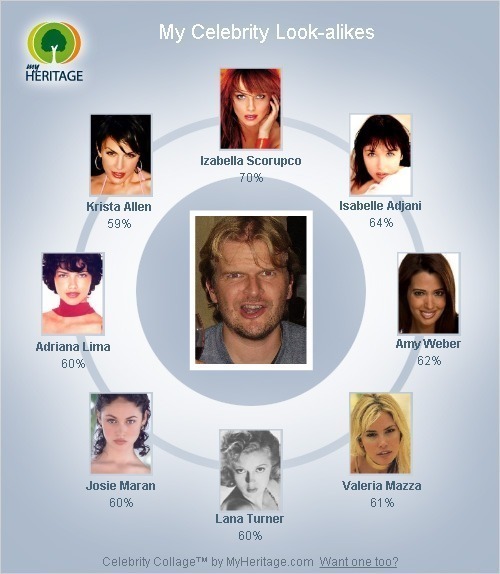 Then I realised I shouldn't be bothered that much, when one of my mates is compared to Adam Sandler and Stephen Jay Gould and the other isn't even recognised as a frickin man!

It was after some consideration that I thought that this face recognition stuff might not work properly and a litmus test would be to try one of my female mates. Since women are traditionally more sensitive about their looks and also because I like annoying her a lot, plus she lives thousands of miles away and can't come around and kick my arse, I tried Christine Day. 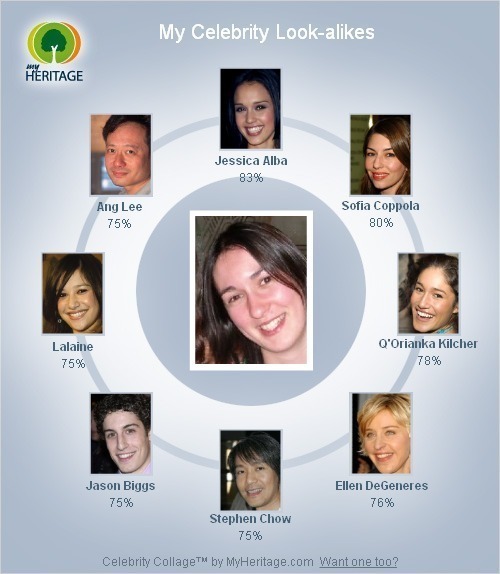 Sadly, it appears to have back-fired. Firstly, I overlooked the fact that Christine is quite pretty - so it came as no shock and some bloody-minded annoyance that it claims she looks like a cross between Jessica Alba and Soffia Coppola. Secondly, the few male traits she has, are comparable to such distinguished gentlemen as Ang Lee, Jason Biggs and Stephen Chow.

She'll probably still want to kick my ass though. But she'll have to fly back - long haul.