I'm part-Scots, it speaks volumes about this match that I groaned in the first minute and was almost sobbing after 15 minutes. 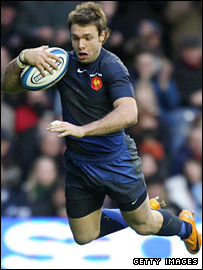 I know it's an ancient British tradition that men and women, up and down the land, shout obscenities and advice at athletes that are at the very pinnacle of physical health and mental prowess, while we drink beer and balance snacks of cholesterol on beer bellies. But, I mean, honestly... are Scotland the only nation that can be the bookies favourites to win and still muff it up?

It also speaks volumes that, as a patriot, I've started placing money on games where I bet on the other team (I've only done it twice before, which is probably twice too many), so at least when Scotland lose, I have the consolation prize of William Hill handing me money. Oh dear...

I actually texted my dear friend, Buddhist Cop (for those new to my blog, I refer to my friends with 'nicknames', so as not to broadcast their identity to a global web community) and told her, about three quarters into the game, that I envied her religious faith. She could at least pray for a miracle and have hope. I'm atheist, so all I could do was watch a bunch of Scotsmen do really good individual impersonations of Charlie Chaplin. I'm supposed to be trying to get her tickets for the England Vs Scotland match in March. I'll get her two, but I'm not going with her - she can grab someone else to go along. Watching horror movies on TV is bad enough for me, watching a full-blown massacre on a pitch in front of me would be too much. I do realise that "the problem with English rugby is the England team" as my friend Antihippy told me. But I'm really not favouring the Scots after that travesty. Blimey.

I also have the added dissatisfaction that newly elected right-wing fucker, Sarkozy, has a tailor-made wedding present. Sob.