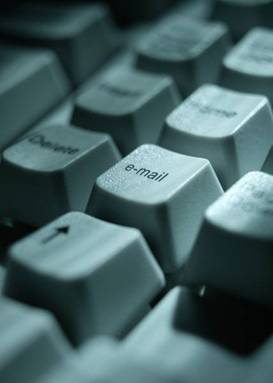 God, sometimes I hate technology. A slight problem when I work in the whole field of information communications. My very first blog entry admitted as much, saying that I'd procrastinated over even writing a blog for a couple of years. Surely I can just tell people about my slightly baffling life by telling them in the office or the pub? Or, God forbid, the phone? Except I hate the bloody phone too. Yes, fellow readers, I think I can confidently tell you that I was one of the last people to get a mobile phone in my techno-geek group - in 2001. And that was only because I had become a self-employed I.T. limited company and the contracts I was dealing with at the time refused to deal with me, unless I got a mobile phone. If only I'd followed my instincts back in 2001, when the first time I purchased a mobile phone, the entire situation ended in disaster, none of which was my design. It was almost as if the Universe, there and then, was throwing a number of distinct random events at me to tell me, "Seriously, this I.T. career mullarkey that you're embarking on - it's going to give you a lot of misery and it won't be till, say, 2008, that you'll realise!". Believe it or not, gentle blog reader, this is the first part of a blog and I'm leading up to something major in my life for the second part - but, in true cliffhanger style, you'll have to wait till next week for that. So, for the time being (and some who have known me for a while will remember it), here's a flashback to March 2001... 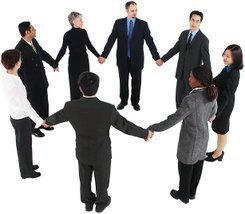 After about a year of people chastising and coercing me into getting a mobile phone, I eventually relented and went out and got one. To dull down the grudging feeling I had when I got it, I decided to go and see a stylist. Well, it's what women do when they're feeling a bit under the weather and I am, to all intents and purposes, just a big girl. I also strode into Marks & Spencer to get some clothes. Lightly shimmering Spring t-shirts to be exact. Told you I was just a big girl.

Anyway, I walked into "The Link" and muttered something about not wanting to use a mobile very much, but needing to be contactable anywhere. The bloke there was very helpful, considering he was coming down with a really bad flu and looked like he was going to collapse. Poor guy probably ended up having a worse day than I did.

So, I got a nice shiny Nokia phone and a cool leather cover. Asked whether or not I wanted insurance on it, I pondered for a few minutes and then decided it would be a good idea. This turned out to be one of the most perceptive decisions I'd made ever. After I'd hastily stuffed the mobile phone and various paraphernalia into my M&S bag, I walked towards Murdo Macleans, a hairdresser that apparently specialises in giving whole new looks to their customers rather than just cutting peoples' hair and trusting to luck that it might look better. 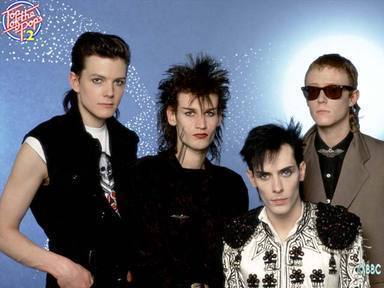 Deciding that my ludicrous, fluffy and slightly Goth effeminate hairdo could do with a new 'macho' look, I strode in and greeted the tall, stunning blonde standing in the hairdressers and asked if she wouldn't mind chopping off all extraneous hairs on my body.

After I'd been slapped by the blonde customer after talking to her that way, rather than an actual hairdresser, I was seated in front of a mirror. While studying the sullen expression on the handsome bloke looking back at me in the reflection, the hairdresser asked me whether or not I wanted my coat and my M & S bag hung up somewhere. "Yeah," I muttered (my face was still stinging), "and my bag has a mobile phone in it that I've just bought." "I see, " purred the pouting hair-puller, "in that case, I will store your bag and coat in this cupboard here, so no-one can touch it."

My various accoutrements were swiftly packed away in the cupboard and, within minutes, I had a number of shapely femme fatales coaxing my hairdo into a variety of interesting shapes. Asked what had motivated me to get my hair restyled, I countered with, "My best friend, Sarah, is sick of seeing me single and told me at New Year that if I got a new hairstyle, I'd almost certainly pull in nightclubs." I neglected to mention, of course, that I had all the pulling power, social magnetism and chat-up lines of a three-day-old tuna sandwich and a new hairstyle would only merely, to coin a colloquialism, succeed in polishing a turd.

"Still," preened the purring sex-pot of a stylist, "it's nice to have a friend like that. I assume she's then going to take you out and help you buy a whole new wardrobe". "No," I said, "she did that on New Year's Day". Just as well... us software developers have the collective style of a teenage warthog that "doesn't know what girls are". Continuing this thread of conversation, the hairdresser enthusiastically said something about how it was good to be able to trust people, particularly in this day and age of shifty characters and 'bunny-boilers' (her words, I'll quickly add). 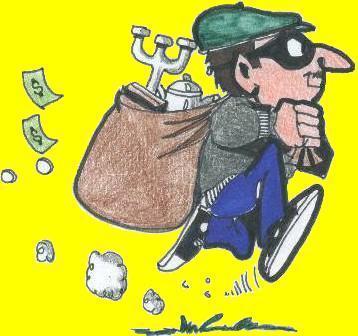 Meanwhile, next to the cupboard, and in parallel with the thread of conversation above, there was a shifty character getting his hair cut. He had evidently eavesdropped on my conversation about storing valuables in said cupboard. After his twisted little gnarled head had been shorn, he creeped up to said cupboard and walked out with the bag, cool as a cucumber.

"... and you really can't trust anyone these days, " said the hairdresser with a flourish, finishing my hairstyle off with evident bravado. At which point, I got up out of my chair, went to the cupboard, took my coat off the rack and went to look for my M & S bag. Instead, I found a couple of batteries and a note saying, "Mobile phone not included". I made that last bit up. I had a feeling pitched somewhere between despair and admiration. I'd realised that the cunning robbing bastard had calmly eavesdropped in on my entire conversation and had already allowed the cogs in his thieving weasel brain to whirl around as soon as he heard me start the haircut chat with the never-less-than-ambiguous line, "Yeah, and my bag has a mobile phone in it that I've just bought".

After calling in on an incredulous staff at "The Link" ("Sir, to my knowledge, I've never known of anybody who has had their mobile phone stolen half an hour after they'd bought it"), I called into a nearby police station where the WPC could scarcely keep herself from falling off her chair from laughing.

"Did you get insurance for it?" she asked.

"Yeah, " I replied, "but the insurance form was stolen as well".

I also suddenly realised that the insurance form had a number of personal details on it, including my bank details. There was also a receipt for the mobile phone and a receipt for the t-shirts (remember them?), both of which had my Switch card number on it. Together, these could be used to buy things over the phone and internet. As a result, I ended up having to cancel my bank Switch card as well. Still, on a positive note, the staff at Murdo MacLeans felt sorry for me and gave me the haircut for free.