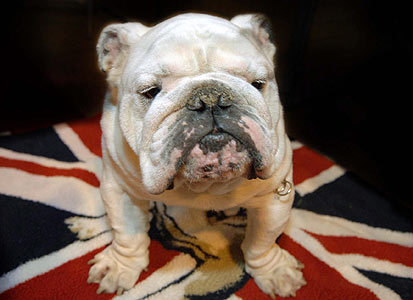 Here we go again: resignations at a television company because a section of the population believes it's the true voice of decent Britain for the decent British (represented by The Daily Mail). And, pathetically, they smelt blood - and they bit - and they got the blood they wanted and the heads rolled (latest count is four: Russell Brand, Radio 2 head Lesley Douglas and, rather sadly, Jonathan Ross's testicles, if what Jeremy Vine is speculating is true). The dog had got particularly incensed, when Russell Brand wrote his own suicide note by reminding us of the Daily Mail's earlier history of being sympathetic to the views of Hitler and Britain's black-shirted Oswald Moseley. 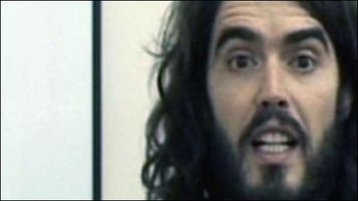 The Mail hasn't been able to maul its usual targets. Moaning about nationalisation, like they did with the Northern Rock hysteria of last year, is currently not the done thing to do. The return of Keynesianism to try and clean up the mess that Milton Friedman, Reagan and Thatcher left behind means we're all fans of taking control of mad money men now. It means instead of relying on unfettered money markets magicking up credit from nowhere, we'll have to go back to... oh, I don't know... actually making things and selling them - be that cars, wind farms, comedy TV/radio programmes or baking cakes. Immigrants? No, that's a bit difficult, as the laws have just been tightened again. I know, dreams up Paul Dacre, we haven't had a go at the Beeb for a while - let's dig up a week-old radio recording and get properly morally indignant. Finally, after ages sitting decrepit next to the roaring fire of Great British Sterling, the old British Bulldog licked its jowels and decided to give Russell Brand a rancourous mauling. Over some tasteless phone call he made on a post-watershed Radio 2 broadcast on a Saturday night that most Mail readers never would've listened to in the first place.

Is this a generational thing, as both sides of the media argue? Well, Germaine Greer (at pensionable age) managed to upstage both panels on last night's Buzzcocks episode. Meanwhile, Janet Street Porter (or Janet Street Pensioner, as Gordon Ramsay lovingly calls her) gets increasingly grumpier with age and often "out-fucks" her companion chef. 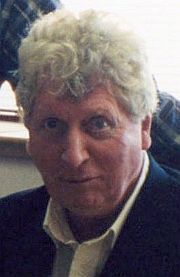 Oh, and I can guarantee you that a certain Tom Baker (in his mid 70s) is going to give a truly barking performance on "Have I Got News For You" tonight, not sparing a wide-eyed moment to shock somebody somewhere. Have you heard his ad libbing on the "Little Britain" voice-overs? Even Messrs Walliams and Lucas have looked on, slack-jawed in amazement. By no means is it common currency nowadays. Spike Milligan decided to shut Prince Charles up, with a swift telling off at his grovelling behaviour and left his final sickest joke on his tombstone ("I told you I was ill" engraved lovingly). There was also Peter Cook's ability to still casually shock people, pretty much till the day he died. Oh, and then there's Andrew Sachs, who was quite happy to appear on Brand's show. That poor old man was bullied. Yes, bullied by a bunch of journalists who really missed the point. Sachs, Brand and Ross had all sorted it out amongst themselves, way before the media storm a whole damned week later (Noel Gallagher references this as a very English row). Sachs, in case anyone has forgotten, is friends with John Cleese - this is the man who hilariously (and very shockingly) delivered this eulogy to his dead pal, Graham Chapman, at the memorial service. I think Mr Sachs is perfectly fine with edgy comedy - he appeared in "Fawlty Towers", for goodness sake.

But there's this quick straw poll here, right? There are interviews with people queuing up for Alan Titchmarsh. And here, an interview with people queuing up for the aforementioned Buzzcocks show. Surely the difference is age, right? Well, my parents (in their 60s) grew up with Monty Python and, later, The Young Ones. As a family, we all guffawed at "Five Go Mad In Dorset" on the opening night of Channel 4. They both like Brand and Ross, albeit they thought that the phone call to Sachs rather tasteless and, more to the point, not particularly funny.

So, my argument is that it's a cultural difference - people who never even noticed the 1960s counter-culture. I was going to stop short of wide generalisations or categorising the majority of people who complained about the 'moral decline of society' (note that it's not really about Brand or Ross anymore). But having read some of the complaints posted on the BBC website, they appear to have shoved me into a category. Some of which is flattering, admittedly - I didn't realise I was the 'youth of today', seeing as I'm 35 (God, my parents will be really flattered). So, seeing as I am the delinquent yoof that they've labelled me, I'm rather childishly going to do the same and categorise the complainants, as I'm fed up of these people saying that they're a part of society that promotes 'decency' and I'm not (as part of my last job, I fought for other peoples' employment rights - I think that makes me pretty 'decent').

I imagine they're of the commuter belt variety, people whose entire existence is only along a motorway from a suburb or small town to the office and are invariably middle class. "Outraged of Suburbia" as I like to call them. Suspicious eyes darting around watching respectable black families moving into their neighbourhood, watching their local golf club now letting in working-class people and appalled at that nice Nessum Dora song sung by football fans. They also wonder why that lovely 10 year-old Charlotte Church turned into such a lager lout, conveniently missing out the fact that she chose to 'branch out' her musical career and appeal to different audiences. And, now, since their lovely bank jobs are looking increasingly insecure and they feel like they might (gasp) actually face some of the daily horrors that others face during a recession, they react in the only way they can. They shout out in the void, like thousands of Mary Whitehouses, spurred on by the Daily Mail. But, unlike the Festival of Light, they can just scream down their broadbands. It had such a pervasive effect that it even affected the BBC's message boards on David Tennant quitting "Doctor Who", when a lot of the same people moaning about the Brand/Ross/Sachs story spilled onto the comments section with "I hope the PC brigade don't force a black or gay Doctor on us!". In which case, they'll be pretty disappointed with the front-runners list.

Unfortunately, it really isn't about a silly phone call anymore. It's about a population wanting to enforce a new era of Puritanism on the U.K. "It's moral decline that got us into this mess!" they shout. Actually, no, it's free market economics that got us here. And seeing as how we're all going to be skint for the forseeable future, I think a lot of us are going to have to tighten our belts and stay in and watch telly a lot. Which means I don't want to be watching wall-to-wall "Last of the Summer Wine", "Crufts" and the "Chelsea Flower Show". 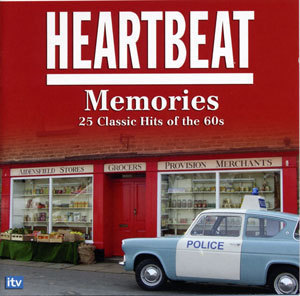 I'm not in the market for being force-fed "Heartbeat", of a magical non-existent Green England from the 1950s (in case anyone has forgotten, that was an era of 'moral decline', with B & Bs and their "No Irish, Blacks or dogs" signs bleakly sellotaped to the windows). I'd rather my escapism was fantastic, edgy and off-the-wall. I want to laugh and be thrilled, while being rooted in the black reality of the hard times. I'm not wanting to completely avoid reality in the way that "Mondeo Man" and "4x4 Woman" have been doing since the 1960s.

So. More "Mock The Week" (which the Mail have sighted as their next target), dark drama and mind-boggling documentaries, please Mr Beeb. There's room for both the pastel shades of Alan Titchmarsh's jumper and the jet-black humour of Frankie Boyle. That's what the watershed is for, as well as the channel changer and off-switch on the remote control. After all (as the Mail readers always say), I pay my license fee too.