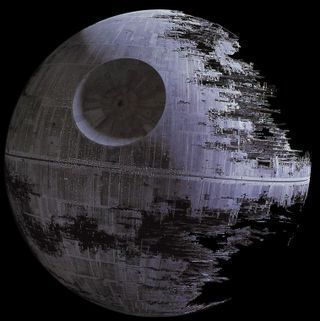 When the Terrorism Act 2000 was introduced to the British public, there were a lot of very worried people and some, such as photographers, even felt it might impact their careers. With the current Digital Economy Bill (DEB) going through a final review in the Commons, after being passed by the Lords, a helpless sense of deja vu is being felt again.

I remember at the turn of the century, gentle hippy acquaintances frequently protested in the streets (often fruitlessly) against the perils of globalisation or against a park getting bricked over by a building developer. They seemed a bit narked off with various Terrorism Acts during the Noughties, frequently assailing the senses with stories of being cordoned off by the police, who could round them up for daring to hang around a public place with about a dozen other like-minded hippies. Overlapping with this good-willed group, there was another group of people that weren't happy with it, namely photographers. They argued that the Terrorism Act could theoretically have a negative effect on their career. When the initial readings for the Terrorism Bill were first being passed through the Commons, professional and amateur photographers were trying to make their voices heard. This was in a time without Facebook or Twitter either, so they had to do that old-fashioned thing of traipsing around the streets with billboards. Not without irony, a fair few of them realised that by demonstrating in this way, they'd already landed themselves into the same category as the gentle hippies being kettled under the incoming new Terrorism Act.

Ah, nodded those supposedly in-the-know at the time of the Terrorism Act's gestation, but that's all theoretical. Due dilligence and discretion will be used in the application of these new powers to combat terrorism. More to the point, they probably secretly thought; who cares about a bunch of amateur/professional photographers? That's not a proper career, like those banker friends of ours that keep society properly ticking over.

Down through the years of various Terrorism and Criminal Justice Acts, it's now practically a weekly (if not daily) occurrence that police harrass photographers. Here's a few recent examples, just to show the commonality of harrassment; a famous architectural photographer is arrested by the real-life equivalent of Gene Hunt; a man taking photos in Elephant & Castle is arrested and jailed; a BBC photographer is accused of being an "Al Quaeda operative"; and, brilliantly, an Italian student secretly filmed the Met cops harrassing her. This isn't even taking into account the many, many cases from 2001 onwards. All the theoretical talk photographers had "indulged" in at the start of the century seems to have become a reality. Foreign tourists are feeling the warm welcome of Britain when they go out to snap UK landmarks. It took almost a decade for one senior police officer to realise that this was giving the boys-in-blue a rather ugly veneer and he sent a circular around, suggesting clause 44 of the Terrorism Act 2000 was being abused. The circular didn't appear to work. The next few weeks threw up new police harrassment cases, including a man being arrested in a shopping mall for taking photos of his children and, the punchline to this paragraph, a retired police officer being harrassed for photographing some buskers. 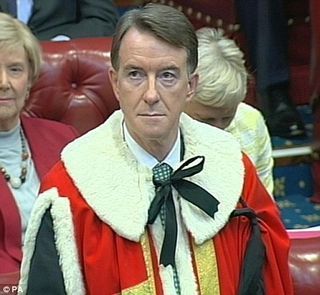 When viewed in the historical context of the Terrorism Act legislation, any law that doesn't bear close scrutiny needs scrapped when you keep in mind what those poor photographers had to deal with. As the people most likely to be professionally hit by such draconian measures, they knew that badly-worded law could land them into frequent trouble. It is similar with the Lord Mandelson's Digital Economy Bill (DEB). Practically every major digital economy representative opposes the UK legislation, including those from the security services. One of the alarming measures introduced by Lib Dem and Tory Lords was the straightforward blocking of websites suspected of infringing copyright. Superficially, to anyone that doesn't know much about how the web operates, this seems reasonable. Dig a little further and you're banning blogs, small business startups and even Youtube channels, with the presumption of guilt in the first instance. These are the cottage industry areas of the internet, often staffed by people who have to dig into their empty pockets against multinationals armed with unlimited resources, wanting to snuff them out. The onus is still on the little person trying prove their innocence, rather like a shocking electronic version of current British libel law. Most of the time, they'll have no choice but to board up shop. A further amendment to the DEB was outlawing the use of "web lockers". Again, this doesn't bear close scrutiny when you ponder a real-world equivalent. Try telling people in the non-virtual world equivalent that they're no longer allowed to use briefcases, safes or padlocked office drawers, because terrorists and criminals use such facilities to hide stuff. Most people would be picking up the phone to call the men in white coats for you.

To take the real-world analogy further, maybe we should ban all the locks on the windows and doors to our homes, because criminals live in houses as well and that'll make them easier to catch. Does that sound like I'm being unreasonably sarcastic? Well, no actually. Part of the DEB involves tying a single IP address to a person's account. To put it crudely, ill-informed legislation suggests that IP address equals person's account equals physical home address. Dynamic IP address allocation is just one feature of how Internet Service Providers (ISPs) attempt to make our internet connections more secure and make them more impervious to cyber attacks. The DEB legislation is worded ambiguously and it's not entirely clear how dynamic IP address allocation is going to be utilised successfully in this post-DEB world, so they could just be removed as a natural defence against common viruses. IP "address" (dynamic or not) is maybe a misnomer in the wireless age anyway, as it could never be realistically linked to a physical address of one person's account. It's ambiguous as to who could be rightfully termed a subscriber or who could be termed an ISP, particularly as even the government appear unsure at this point. This is why cafes, libraries and museums are understandably upset, while Universities are extremely perturbed at the way their current federated internet structure could be impacted. We're also talking about a future where nearly any notable public area could conceivably have Wi Fi, including public toilets. Surfing the net for the latest James Blunt MP3 while you take a deeply symbolic shit is only a matter of time.

Thus, the biggest damage that the DEB will do is to the digital industry itself. Many small IT firms and cottage industry projects use legal filesharing more than your average user, but the DEB will automatically target those that do the most filesharing. In other words, web developers (particularly those that use legitimate Linux filesharing) are going to start feeling like our old photographer friends. Too far-fetched? On Twitter, I suggested web engineers could be permanent criminal suspects under the new DEB regime and, through the power of the retweet by the blogosphere, I got that suggestion sent out to about 20000 people. Out of those many people, only one tweet came back suggesting I could be wrong. After some discussion, they eventually conceded and suggested "But all you have to do if asked, and we don't think the question will be asked, is disclose the content and author of files". Sorry, I don't want to do that. I've already worked on a system for clinical patient reports, an intranet for schoolkids aged between 4-16 and a CV (Curriculum Vitae) management web application. All of those contain sensitive data files, none of which a befuddled ISP or a Whitehall mandarin should have access to. More to the point, a small business needs to survive on its wits and minnow-like ability to swim quickly amongst the giant behemoth corporations. If a small digital business had a great idea, a new 'business model', a world-shifting 'paradigm' or a 'killer app" that could potentially threaten old corporation interests, then the last thing they want to do is hand files out to ISPs or Lord Mandelson's minions. The Lord of Darkness has already indicated which side he's on by introducing this ill-advised BIll. Just like the photographers were hit by the legal crossfire of the Terrorism Act, any worker in the digital economy will be subject to wandering around a DEB minefield that Mandelson, the British Phonographic Industry (BPI) and the record companies inflicted on us for daring to think outside the analogue box.

This is the first part of an article. The second part will deal more specifically with WHY Mandelson and others seek to attack the digital economy and this has it's roots firmly at the start of New Labour, if not the roots of British society. It's wrapped up in the timely and symbolic act from last week when Facebook threatened The Daily Mail  with legal action. This isn't a case of just "new media vs old media", this is a case of "new money vs old establishment money".

Thanks to the Broccoli Man for the references on photographer arrests.