Brentwood Borough Council are considering, amongst other things, the rather practical idea of making women safe, after coming home from a night out during the weekend. One suggestion they've come up with is a taxi service that prioritises women, particularly if they're on their own at night. I imagine in the grand scheme of things, it would be rather efficient, as it would mean the police would have less of their time dealing with women being stalked, harrassed, assaulted and raped during a busy weekend. Also, correct me if I'm wrong, it's a moral thing to do - you know, to look after the vulnerable. I realise that must seem rather old-fashioned of me to think that these days.

How did everyone's favourite wanking Victorian Uncle of a newspaper, The Daily Mail, report it today then? 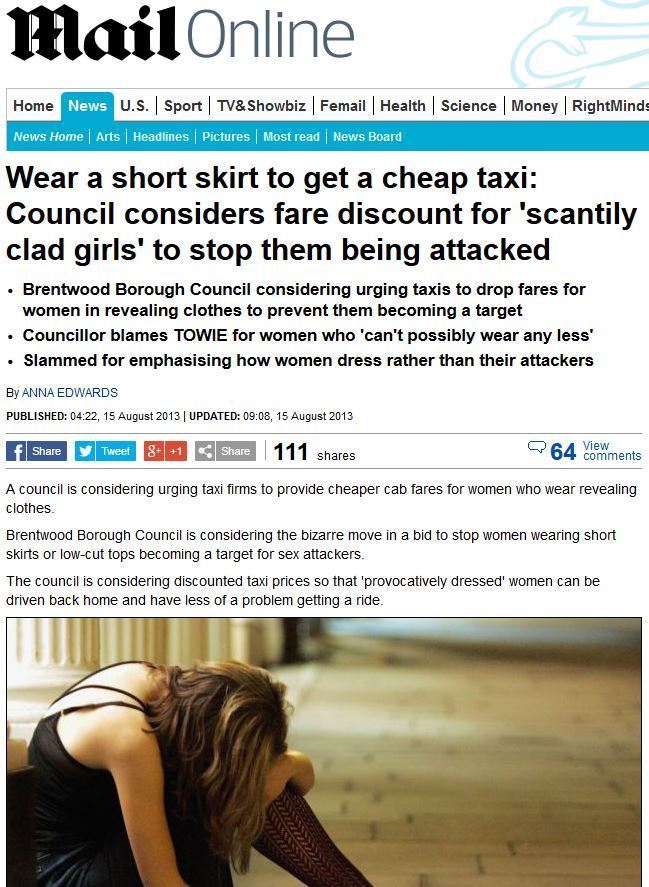 Why, with characteristic sympathetic coverage, of course. By digging out the beloved Drunk Girl stock photo so beloved of the Mail. 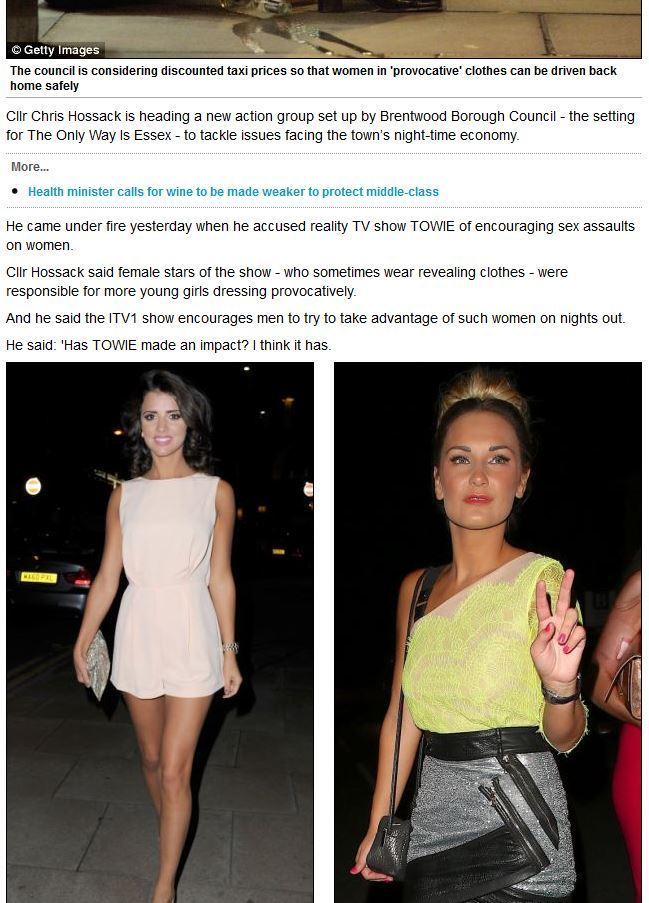 There's also a gratuitous mention of "The Only Way Is Essex" which is basically an excuse to stick up some photos of TOWIE cast members, complete with requisite short skirts. 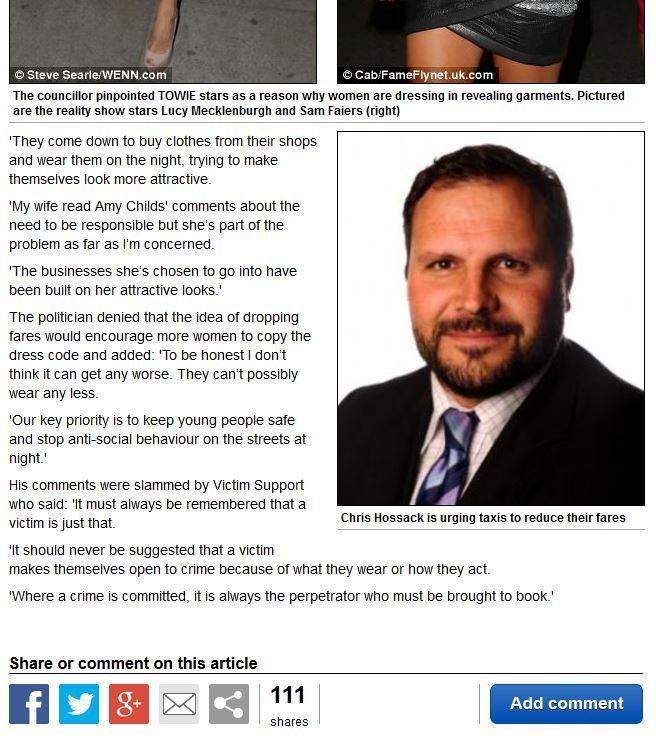 And there's a quote stuck in at the end, almost as an afterthought, from Victim Support.

Cheers, Dacre. I would've thought you would approve of saving damsels in distress? It's very old-fashioned.