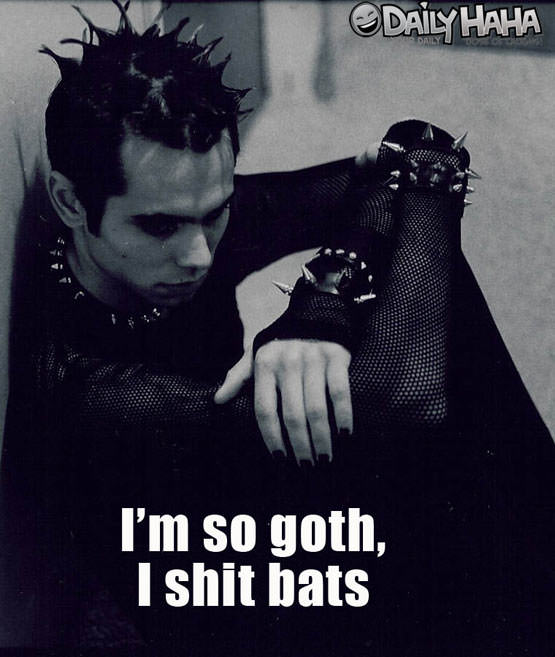 I'm glad Summer is over. There I've said it. I even started a Facebook group about two years ago about how rubbish Summer is and only ten people joined. I'm disappointed in all of you. More of you should sign up. Why be mindless servants of the sun, I ask you? You can check the reasons there as to why I don't like it. The beginning of this Summer was pretty much the same as every other one. Miserable, alone, dressed in black and feeling witlessly superior to the photosynthesised plants outside. I was sitting indoors, trying to hack together a bunch of code before a deadline and listening to a load of Goth on Spotify. As I hurled abuse at my screen, while trying to get my fingers to jab out clumsy letters, those yelping humans outside got steadily louder, blindly running into the sunlight like the sheep that they always are. They were doubtlessly jumping up and down and yelping, "Summer's here!". "Shut up," I growled, while my collection of deep-throated dark anthems bleared out of the computer speakers. The only consolation was one singular tweet that had been quacked into the Twitter void by noted Guardian columnist Grace Dent, who was going through a similar agony while listening to Bauhaus. Well, misery loves company, as they say and I tweeted back at her, sharing with her my Spotify playlist. Briefly cheered by the dashing Ms Dent's eager subscription to my terror-filled tracklisting, I still couldn't disguise the dread feeling I had of being back at square one, rather like a terrible repetitive dance that I often found myself doing. Yes, a dance.

Let me tell you about this little-known dance. I know that's a surprise, as you already know me as the man who can't dance and couldn't if his life depended on it. So, it might seem surprising that I'm an expert in a slightly obscure dance move that not many people know about. It's so obscure, the people who regularly participate in this specially-named dance aren't even aware that they themselves are doing it. It's not as low-brow as "The Agadoo Dance" or as depressingly culture-defining as the "Whigfield Saturday Night" dance, nor is it as universal and crowd-pleasing as the "YMCA" move. No, it's the "Goth Hoover Dance". The "Goth Hoover Dance" is deeply symbolic of this entire blog article, as it typifies the sub-culture I was (still am?) a member of. Here's me doing it here, on this video.