This is Part 2 of an article. Part 1 is here, just before the Digital Economy Bill was about to be passed. Now it's an Act. Why was it passed? 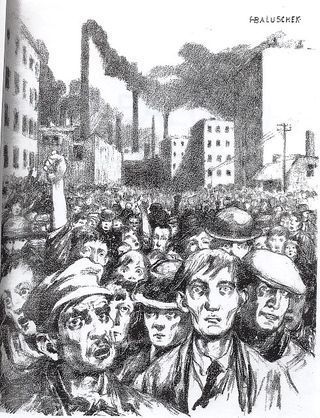 I've started looking backwards. I'm so baffled by the absolutist positions of old content distributors lobbying for the Digital Economy Act and denying the truth staring them in the face. I've decided that it can't be the future these people are interested in. To understand them better, I reasoned, I'd have to dig around in history and philosophy, even though I thought such subjects might be irrelevant to the bright shiny internet. So, I started digging around the philosophies of Marxism and Adam Smith with all their talk about free markets, the proletariat, and so on. I originally thought the concepts seemed so quaint. The Marxist proletariat I normally associate with workers in smoking-chimney factories or coal-mines, while Smith's 'invisible hand' used to be seen as a corrective benign guide for market forces. Now those factories or coal-mines don't really exist in that form anymore, while the 'invisible hand' is now no longer seen as benign or neutral, but seen as vicious and connected to Thatcherism. Neither of those philosophies could have dreamt of the the large, amazing force of the internet or the widespread availability of software tools for everyone to democratically create content (whether that be music, Youtube movies or citizen journalism in the form of blogs). The 'invisible hand' in the internet age means that supply always meets demand, as there are no 'scarce resources' as everything is just copied. Plus, for every niche interest, there will be someone else that can cater for it, be it Mongolian folk covers of Radiohead songs or very obscure sexual fetishes.

Why have I started thinking like this? Why have I been looking at dusty Marxist tomes? Before anyone thinks that I'm a Communist planning a downfall of the state, please note that I mentioned also reading Adam Smith and I haven't turned into a raving Thatcherite either. In fact, if you're taking that logical stand, I've read L Ron Hubbard and I haven't turned into a Scientologist or started watching loads of Tom Cruise films. It's just rather neat to re-examine old economic philosophy, particularly those based around machinery exploitation, and then turn it on its head. The big leap on my part is that most of us are now the proletariat and not the middle class. Hey, well, David Cameron did say he was middle-class the other day. Maybe he was right? Because of the way wealth and gadget affordability is within the grasp of most, that doesn't mean everyone in society is now bourgeois and the working-class have ceased to exist; it's the opposite. According to Marxist philosophy in the digital age, this proletariat have expanded to be the biggest in society and their tools are no longer pick-axes or mining equipment, but computers. It's getting dangerous for a dramatically-depleted leisure class and a new ancien régime (I know, an oxymoron, deliberately so), because the internet connects these proletariat tools and might finally cause that deeply-unfashionable Marxist revolution that so many capitalists had deemed dead. It just won't come in the form of a quaint burning of a Reichstag by some cute overalled working-class types from the 1920s. It is emerging from genuine craftsmen doing creative stuff in their bedrooms.

"[The machines] introduction completely altered the existing method of production and displaced the existing workers. This was due to the fact that machinery could produce cheaper and better commodities than could the handicraftsmen with their imperfect spinning wheels and hand looms. Thus, these machines handed over industry entirely to the big capitalists and rendered the little property the workers possessed (tools, hand looms, etc.) entirely worthless. Soon the capitalists got all in their hands and nothing remained for the workers".

An aim of Engels is the abolition of private property - this isn't just flats or houses we're talking about, but the proceeds of a labourer's works now owned privately by someone else. So a modern day example would be copyright owners. "Private property will be abolished only when the means of production have become available in sufficient quantities". Did you read that, folks? I think we've just reached that stage, don't you? Cheap affordable machines that everyone uses (iPhones, computers, music and movie-making software etc) and the world-wide web (given away for free by Mr Berners-Lee) means the communication between a vast, creatively-aware populous is possible. 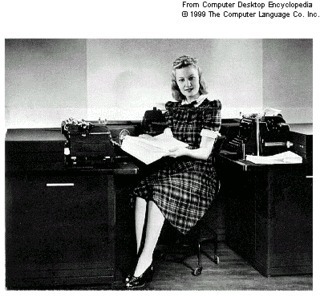 At ORGCON,the music industry panel pointed out that the word processor came along and suddenly a whole load of typists were made redundant during the 1980s and 1990s. This was seen as a perfectly valid thing to happen at the time, despite a load of upset unemployed typists. In that situation, the government didn't go and ban Microsoft Word to prop up typist jobs. Yet, old distribution models are being shown as inefficient when placed next to internet distribution, but the government is propping up the old industry with the Digital Economy Act (incidentally, as an aside, I know Adam Smith is barely getting coverage in this blog entry, but Elmyra did it so much better in her blog article covering classic economics and the internet - it seems appropriate to plug that here, since I sat a few seats behind her and Cory Doctorow at an ORGCON event and annoyingly didn't realise it was her at the time). Despite widespread puzzlement as to why this perceived symmetry didn't apply to distributors, but did apply to typists, we can check this Marx quote from 1844, about 140 years before Microsoft Word started crashing routinely in it's earliest incarnations. "[T]he alienation of the worker is expressed thus: the more he produces, the less he can consume; the more value he creates, the less value he has. [L]abour produces things for the rich, but misery is for the poor. Machines replace labour, and jobs diminish, while other workers turn into machines." - Manuscripts of 1844, Marx.

Furthermore, "[I]t not only degrades man, but also depersonalises him". The boss imposes the kind of work, the method and the rhythm, but he never bothers if the worker ends up as a "mere appendage of flesh on a machine of iron". 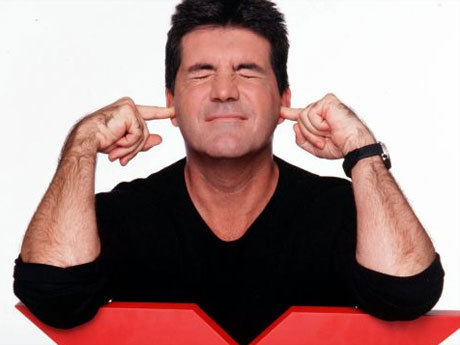 Nowadays, we come to the odd situation that Marx, normally a man of foresight, could never have seen; the machine starts becoming the appendage to the human and is used for societal change from below. In other words, ladies and gentlemen, I give you a potential real revolution. Rather than typists being kicked out of a job, distributors and money-men are starting to feel that they could be dispensable, while the new l'ancien regime is getting nervous. Three questions for you, then. Question One. Who are good examples of distributors? Why, step forward, Mr Simon Cowell! Mr Paul McGuinness, speak your tune from GQ! Question Two. Who could be members of the l'ancien regime? Aye, aye, it's the BPI. Hello, newspaper proprietors, such as Mr Rupert Murdoch (a man who really hates the internet). In short, anyone defending rapidly-aging copyright laws from centuries ago. Question Three. Which people are chiefly responsible for the Digital Economy Act? Okay, okay, that's almost a rhetorical question - yes, it's the previous two groups. And neither of those two groups want to go the way of the typist. To explain that, let's read this letter to Weydemyer from Marx, dated March 5th, 1852.

"What's important, is to grasp that each social class has its own interests and each holds views about the government of the state consistent with the defence of those interests. Social harmony which certain 'beautiful souls' preach, CANNOT exist. It can't, because so long as any one class lives by exploiting another, a struggle will exist against such exploitation. And this class struggle is NECESSARY for human progress."

We can go back further into the past, just in case you all think I really am a Rampant Red. Hegel's "Philosophy Of History" argued that humanity advances and progresses only because of conflicts, wars, revolutions; that is, through the struggle of the oppressed against the oppressors. Peace and harmony don't make for progress. Despite Hegel mainly meaning a religious struggle, he still described it very much as a spiritual conflict; or a struggle between ideas. While not particularly associated with the spiritual, most proponents of the digital revolution are certainly full of ideas as to how the new business model might operate. Most of the supporters of the Digital Economy Act choose either not to understand or ignore the ideas espoused by the individual craftsmen releasing their individual craft online via technology. It's not bafflement or bewilderment; very simply, it's safeguarding their own private property as laid down by copyright in the analogue economy. Never mind the fact that just by opening a browser and accessing any website means you don't own that website, you own a copy that now sits in your machine - so strictly speaking, old copyright law never fitted into the digital model in the first place. Plus, here's where I kill off any suggestion that I'm a raging Marxist. Anyone with a red beret on their head during the 1970s claiming "[A]ll property is theft" ceases to have any meaning in a digital world, since all web properties are copies that are downloaded anyway. Music and video is only a small part of the way the internet works. It's where Adam Smith and Karl Marx end up in the digital afterlife, where there is a perfect virtual free market and all property is copied.

This blog entry is going to ensure I'm never employed ever again, isn't it? Oh well. Next week, I talk about Big Brother. Despite all my high falutin' philosophising here, you'd think I was talking about the Marx-inspired groundbreaking novel of George Orwell. Sadly, nothing as profound as that. I'm returning to the slightly more ridiculous terrain of previous blog entries and talking about the Channel 4 television series that's coming crashing to an end (and getting flooded in the process).