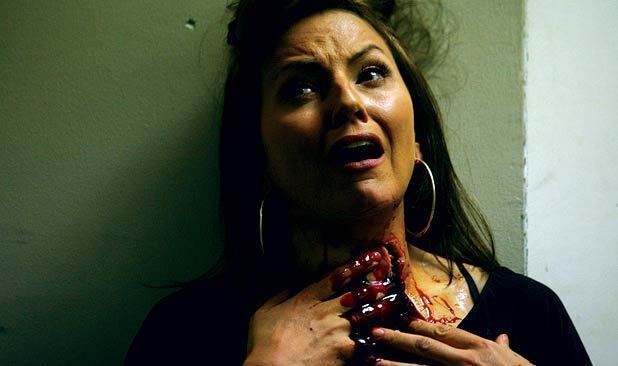 ** For those not in the know, Ultimate Big Brother is a belated last throw of the dice of the dying BB franchise, which reunites a whole bunch of previous contestants of past series. And I already know who will win Ultimate Big Brother. Seriously. In my minds eye, I can see it as clearly as crystal shard. Davina McCall will start off almost palpably uneasy and foreboding, reading the name off the card "And the winner of Big Brother, the Ultimate Winner of all time, is... is... IS". This is her last chance, Davina is reaching the crescendos of all crescendos. Believe me, a Davina crescendo is like a sunspot radiation flare. They're always big, but not as big as this. "IS... "

In order of votes counted (and predicted):1) Brian Dowling
2) Nikki Grahame
3) Victor Ebuwa
4) Chantelle Houghton
5) Nick Bateman
6) Ulrika Jonsson
7) Samuel Preston*** Not really. Belo's lovely and doesn't know his Shakespeare from his George Miller. Blair's a cunt and doesn't know his Iraq from his Afghanistan.Next blog entry, things on this blog will become normal again, when I'll witter on about Goths. Yes, I know I used to be one - it'll be slightly autobiographical.